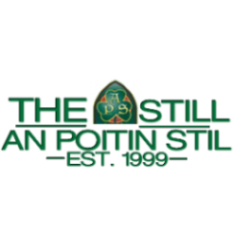 Strong drink has a special place in Irish culture. St. Patrick brought with him to Ireland his personal brewer, Mescan, who kept him well supplied with beer. Medieval Irish monks enjoyed an allowance of a gallon of beer per day. Legend has it that farmers produced poitin (pronounced put-CHEEN) from the time that the potato was first harvested in Ireland. Introduced by Sir Walter Raleigh onto his Myrtle Grove plantation in Cork in 1589, the potato quickly became a staple in the Irish diet. It provided, as well, the aquavitae for private consumption when neighbors gathered for the craic, rousing song, and good drink. The potato combined with malt yeast, barley, sugar, and water yielded a fine baor (beer) when fermented in a well-seasoned wooden barrel for three weeks. After distillation, the drink produced was a clear alcoholic liquor with a distinct aroma.

Around 1660, the English introduced a tax on distilled spirits to fill a treasury depleted by Civil War and Cromwell's wars with Holland and Spain. The Irish ignored the levy, continuing to make their drink in home and village stills throughout the country. The untaxed poitin became known as moonshine. In 1760, the English passed a law forbidding private, unlicensed production of distilled liquor and began to enforce the tenpence per gallon tax on poitin. The resulting fines caused great resentment among the populace. Farmers used the money derived from illegal sales of poitin to supplement their meager incomes and help pay their rents. Neither landlords nor tenants welcomed the revenue agents. Overnight, the Irish became a nation of criminal distillers and smugglers gone underground. The cottiers in Donegal, contemptuous of the authorities enforcing the law, repulsed a force of 190 infantry and cavalry. County Mayo hid 200 distillers openly working in well-protected stills to deliver the mountain dew.

During the 1840's, point production declined in Ireland due to the failure of the potato crop and the decrease in population in areas of the south and west where the potato was heavily cultivated. At the approach of the second millennium, however, articles in Irish newspapers indicate that poitin production is alive and well. On March 13, 1997, the Irish Times reported that United Distillers (Guinness) had introduced a legal version of poitin. During Easter week 1999, the garda (police) found 15,000 worth of the cratr in an illegal distillery outside Buncrana (Irish Post). An arthritic pioneer, who had taken the pledge to abstain from alcohol, was charged with bathing in the illegal elixir (Irish Times, 7/7/97). And Hugh Driver of Monaghan was cleared of charges after the judge (God bless him!) accepted evidence that old Hugh's poitin was for medicinal use.